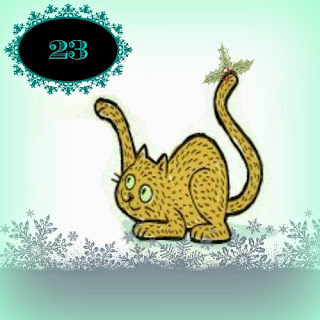 Let's go and get some water, shall we? Not just any water, however. Holy water or how it is called in the town of Endingen in Germany's Black Forest "heiliwog".

I heard the tale goes like this.
A girl's mother was very sick. At night the girl had a dream and a voice told her to go to one of the town's fountains at midnight on Christmas Eve and fill her jug with the running water, but only during the twelve chimes of the church clock because then the water would turn into holy water.
The girl did what had been told her and when her mother drank the water, she regained her health.

This custom is still alive today, people gather at the fountains on Christmas Eve after church to fetch their "heiliwog" during the twelve chimes.
The first sip is taken right away, wishes for a merry Christmas are exchanged, the rest of the water is taken home.
At home, this blessing is spoken in dialect "Heiliwog, Gottes Gob, Glick ins Hüs, Unglick nüss!" which means "Heiliwog, God's gift, luck into the house, misfortune out!"

I couldn't find out how old exactly this custom is, but it says very, very old and you can imagine it is. Isn't it lovely how these customs keep on living?