I have always loved dragonflies. They are like small flying jewels.
I know they sew your lips together if you believe Snoopy ;-) but actually this is just an old superstition as the Britannica tells us: "The term devil’s darning needle is derived from a superstition that dragonflies may sew up the eyes, ears, or mouth of a sleeping child, especially one who has misbehaved." I've never heard of this superstition in my area, but I know that some people thought a dragonfly could sting or would drill into your eyes.

At the Jewelry Artisans Community we have a bimonthly challenge and the first one of this year - take a look here - was to try out something new, a new material, technique, or tool.
My first thought had been to finally use my Kumihimo disks, but somehow I just didn't feel like it. I don't have the right weights or spools and on top of that I have been too lazy to check out how exactly it's done.

Then, inspired by a documentary about embroiderers in India that I have watched a while ago, I thought of sequins. As I don't sew, I had never used sequins before except in a very short polymer clay jewelry venture with a friend 30 years ago. In fact I'm not even sure if I used them, but I had some scattered in my old stash boxes at some time.

What to do with sequins, though? Well, I love dragonflies ...
I looked through dragonfly pictures and I looked through my stash to decide on a color combination.
There was this acrylic cab on which I then based my choice of seed beads. Luckily I had everything except the sequins in my stash and could start right away while I was waiting for the sequins to arrive. It was more difficult than I had expected to find what I wanted, 4 mm clear AB sequins.
I had already decided not to make the body from single bigger beads, but to embroider the whole piece. For the wings and body I used seed beads in different sizes and different gold tones plus black and alabaster white, also gold lined bugles, and for the head I used gold coated hematite beads and bronze Twin Bead eyes.

To enhance the overall golden look, I chose to sew the sequins on using the method of adding a bead on top.
This is the end result. Almost.
I took this picture in my hand to show the size. Now what? I didn't trust an ordinary small needle to work. I hate big brooches with small needles. A necklace? 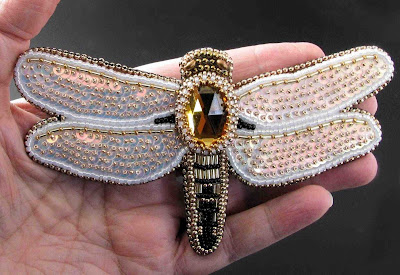 A friend convinced me that my dragonfly would make a good pin and advised me to check out hat needles etc., and that's what I did.
I found some that had larger filigree disks attached to the pin which I could sew to the backing easily and, which is much more important, safely. 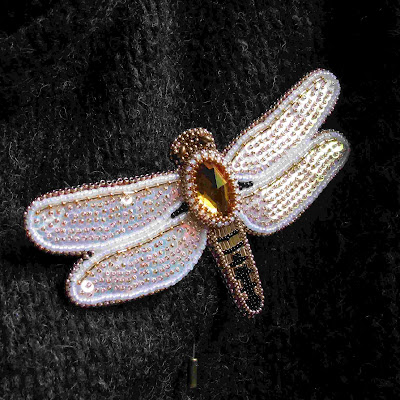 Unfortunatley it's a rather grey day today and although I could see a beautiful green shimmer in the sequins at one moment, my camera wasn't able to pick it up. You'll have to believe me when I'm saying that the wings shine in different colors and are more beautiful in the pictures.
Here's a closer look at them, by the way, to show you how the sequins are sewn on. 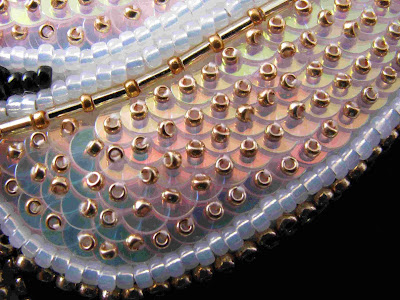 I have to admit it was much more fun to work with sequins than I had expected, so much actually that I already used them again on a second project that you will get to see soon, I hope!
Eingestellt von Cat um 9:00 AM 4 comments:

Last week we were cold, this week we are smoking hot at the Jewelry Artisans Community Oldies but Goodies Challenge. This is a kind of heat even I can get behind!
Sorry for keeping it so short today, but the needle is calling me to a project and I have to get out of this procastinating mode! ;-)
So, without further delay, here are our hot beauties. 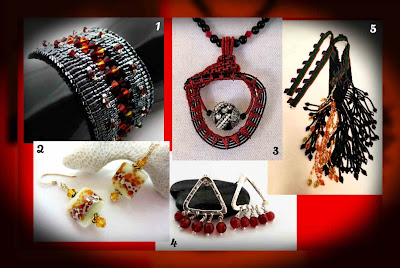 Last week there wasn't a blog post because I was not able to create a collage. I have been using an online photo editor for many years now, but with their new Flash free version the developers have gone into a direction that caused endless frustration. When working on last week's collage, I finally had enough. My subscription was about to end shortly, so I decided to end it right there and then. It made me very sad because of my favorite features, but it can't be helped, sometimes you just have to know when to say goodbye.
Why am I telling you this? I'm trying out a new editor which in parts still is a Beta version as well, though, and the collage templates don't offer the possibilities (yet, I hope?) that I need and used to have. So I'm asking you to bear with me as I have to work with what I have.

This week's Jewelry Artisans Community Oldies but Goodies Challenge was all about the cold. I chose the topic on a cold day when I was tired and grumpy and couldn't seem to warm up. Isn't it nice how something beautiful can be the result of a grumpy day?
Please enjoy my small selection. You better do or Jack Frost might get you! ;-) 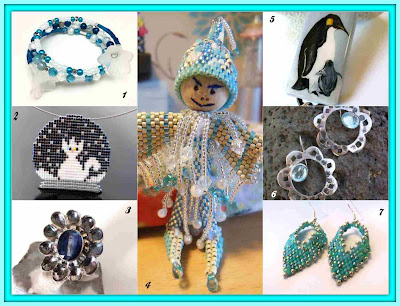 Do you like fireworks? To be honest, I would be a much bigger fan if I could have just the colors without the noise. I know that traditionally the noise was supposed to drive out evil spirits, but the older I get, the more I hate it. Maybe I'm turning into a cat after all.
On New Year's Eve we hardly had any fireworks in my neighborhood, due to Covid regulations. Gundel and I definitely approved, especially because we usually don't get many colors, but all the more noise.

Let's start this new year (and you will notice I don't wish you a good one because I don't trust it yet) with a firework of colors from the latest Jewelry Artisans Community Oldies but Goodies Challenge.
We had the same topic before, but that was years ago.

I want to thank my friend Dawn again for graciously taking care of the December posts. 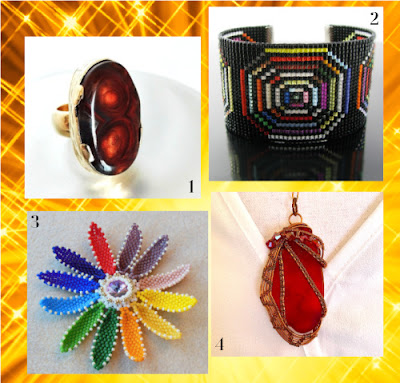 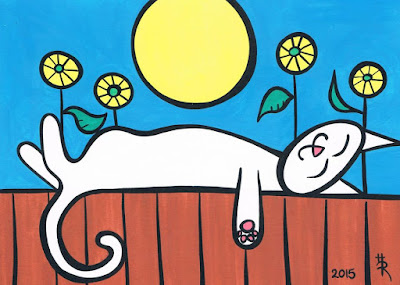 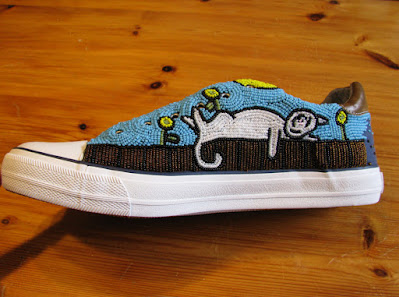 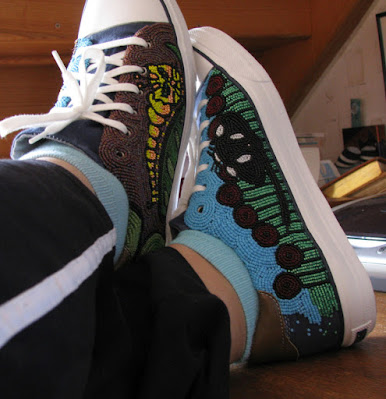 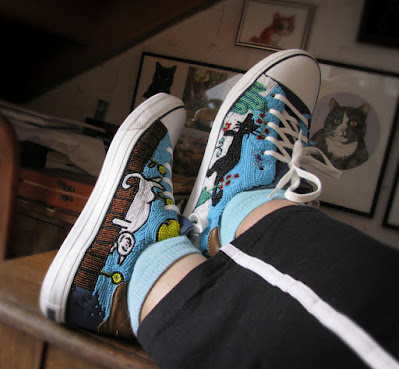 Now what will be next?
Eingestellt von Cat um 9:00 AM 4 comments: