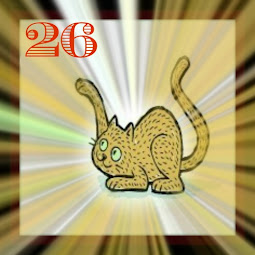 Here in Germany we just call it the 1st and 2nd Christmas Day, but in some countries of the Commonwealth the 26th is called Boxing Day.
I had heard the name long before the Internet existed, but never bothered to look it up. I have to admit, however, that I never thought of "boxes" although that would have been logical around Christmas. I always had boxing on my mind which may not be that wrong anymore today because I read that nowadays it's a big shopping holiday with price reductions in those countries, and we know how people are with big sales! ;-)

Originally, Boxing Day seems to have been about boxes although - as I have mentioned before - sometimes the exact origin is somewhere hidden in the past. The term was first used in Victorian times.

It may be about the alms boxes put up in churches for donations which were opened on this day to distribute the money among the poor.
It may be about servants who didn't get the 25th off as they had to wait on their employers celebrating Christmas, but who got gifts on the 26th and had the day off to celebrate their own Christmas with the family.
And it was an occasion to give a bonus to service people or tradesmen as a thank for good work throughout the year. Nowadays, donations are usually collected during the days leading up to Christmas and bonuses are given before Christmas as well.

The 26th is also Saint Stephen's Day. Saint Stephen, remembered as the first Christian martyr, is also the patron saint of horses (and more), so Boxing Day has also become a day of sporting events like horse races, foxhunting (nothing sporting about that in my opinion), and rugby.

This is the last day of the advent calendar and I will probably not back here before the New Year.
Thank you if you have been following me through these 26 days, I hope you had a little fun.
Now let me wish you that the days after Christmas will be peaceful ones for you, too. Take care and behave yourselves! ;-)
Eingestellt von Cat um 9:00 AM