A little hedgehog in the garden

I have never seen a hedgehog in our garden before. Maybe there has been one, but if so, it didn't show itself to me.
Today, however, we had a little guest, Geppo (Geppo is named after the alleged founder of my hometown Göppingen who was an Alemannic chieftain).
He had to be carried from spot to spot because it was hot and it's very hard to walk long distances or even climb something if you are not even a full 1 1/2 inch!

The first stop were a few succulents, but Geppo quickly became bolder and wanted to go higher and higher! 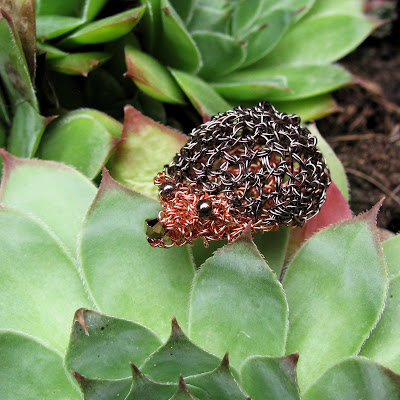 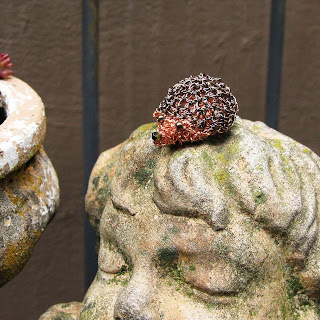 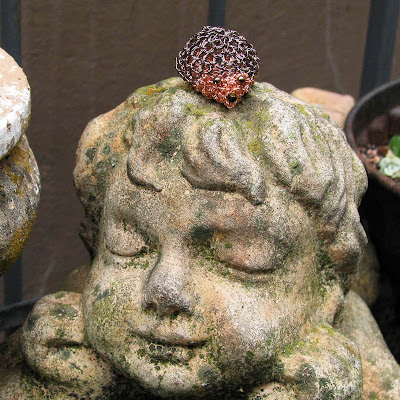 Impressed by his own courage, Geppo's next goal was Mt. Lionhead. "I'm afraid of no lion!" 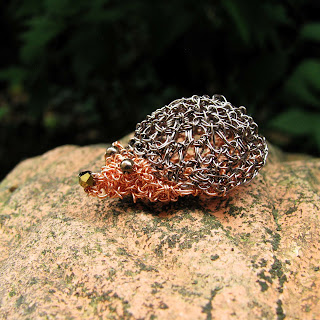 You are not impressed? Well, how about now? 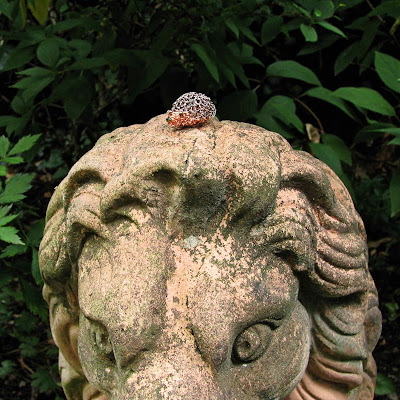 After that our little hedgehog was tired, very hot and very thirsty, so a trip to the birdbath was in order. 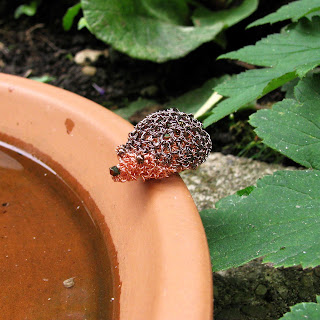 And here are a few flowers which were too shaky for Geppo to sit on, so he had a look at them from my hand. 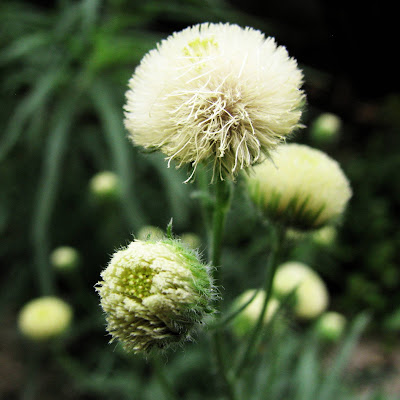 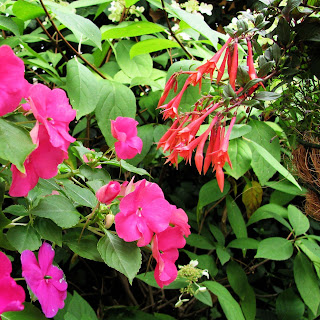 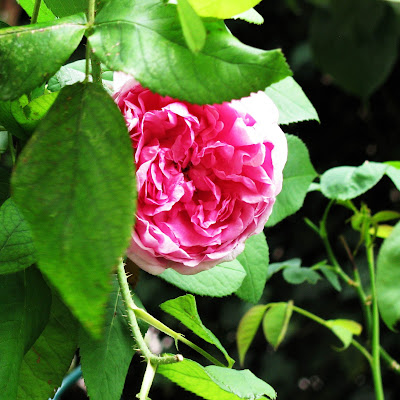 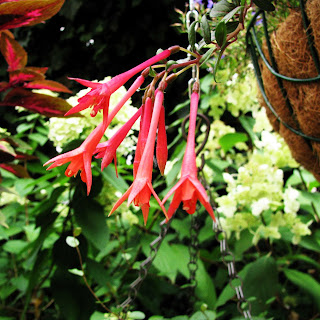 For those who don't know, like my other hedgehogs Geppo is a miniature crocheted from copper wire after my original design. None of my hedgehogs ever looks exactly like the other. Geppo, for example, has bronze coated hematite eyes and a sparkly crystal nose :-)