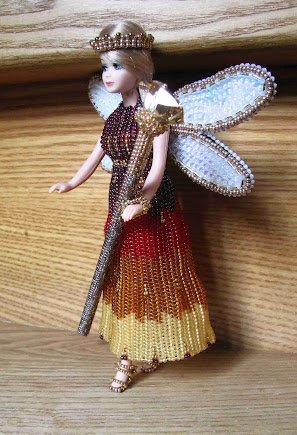 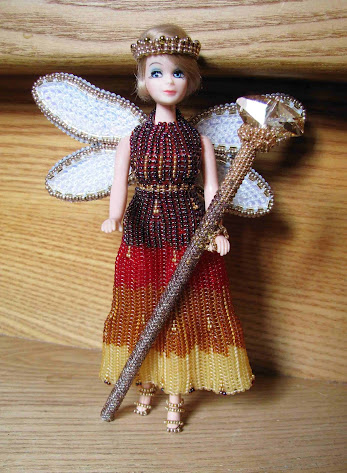 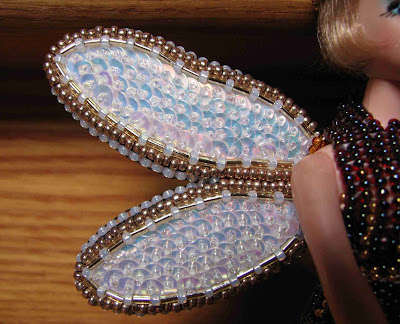 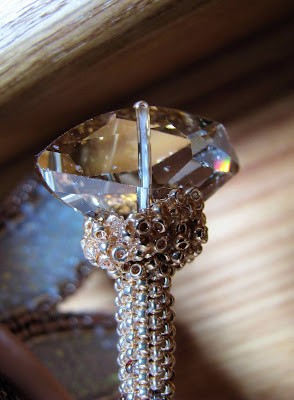 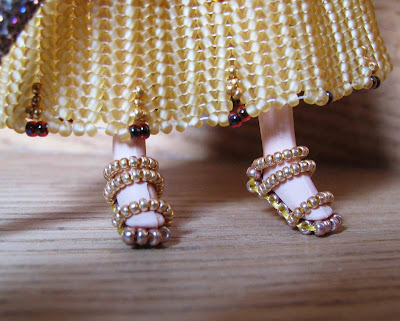 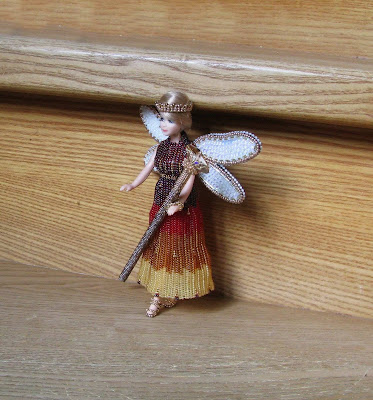 Dawn was a registered trademark of the Topper Company. I am also not affiliated with Topper in any way.

My 2 favorite things, fairies and dragonflies. I adore her!

Dawn/Jessica is simply wonderful in all ways! I'm especially intrigued by the smaller details in this amazing creation of yours, Cat. The staff (that jewel on top is perfect), the sandals that look so elegant and comfy and her beaded crown and things I could study all day.

Your work is fabulous and so are you!

For personal reasons, I'm going to continue thinking of her name as "Dawn." ;)

Thank you very much, Dawn!
I have to admit that I'm really happy how she turned out.
As small as she is, she took up her spot between the big Barbies very proudly, too! ;-)

And no worries, the last Topper I have at the moment is a Dawn again.

I love everything about this! Her little sandals are sooooo cute! The wings are a stroke of genius. And I love that she can do magic with her staff / wand or whack sassy upstarts with it!